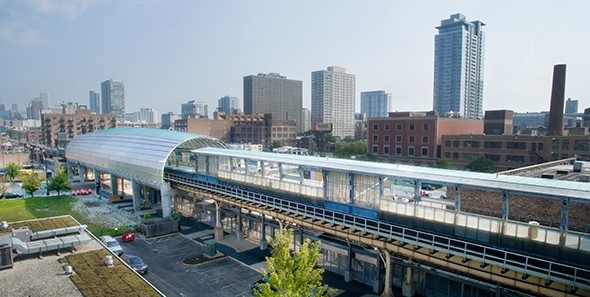 For Phase I of the project, TYLI prepared three alternative station designs and space layouts for each level. Based on a detailed structural analysis of the steel framing system of the old station, TYLI’s innovative design for the platform pushed all structural elements to the outside and resulted in the station’s signature component: the structural steel tube that serves as a windbreak for the passenger boarding areas. The design also offers the maximum open area for boarding and de-boarding while successfully addressing the restrictive, maximum platform width of 15 feet.

TYLI also performed a CTA system analysis in Phase 1, providing recommendations for signal, communication, and train traction power improvements. In addition, the design team secured all documentation needed to show compliance with Americans with Disabilities (ADA) requirements, and coordinated with affected utilities and the City of Chicago Board of Underground to develop a utility mitigation plan.

For Phase II of the project, TYLI prepared complete contract documents, including plans, specifications, and estimates (P, S, & E). Since it was imperative to maintain CTA service during construction, plans for staged construction and the maintenance of vehicular and pedestrian traffic were provided. All construction and track improvements were completed within the existing right-of-way.

The new Green Line Station opened on February 8, 2015 and fills a vital transportation gap in Chicago’s Near South Side. The station also offers an important western connection to the City’s main trade show venue and supports efforts to revitalize the newly designated Motor Row entertainment district. 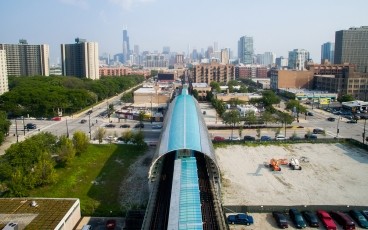