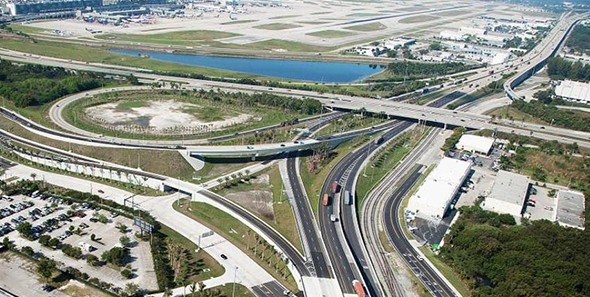 T.Y. Lin International (TYLI), a globally recognized full-service infrastructure consulting firm, announces that the Eller Drive and Intermodal Container Transfer Facility (ICTF) Overpass project for the Florida Department of Transportation (FDOT) has won the People’s Choice Award in the 2016 America’s Transportation Awards Competition. Sponsored by the American Association of State Highway and Transportation Officials (AASHTO), AAA, and the U.S. Chamber of Commerce, the competition recognizes the greatest transportation projects accomplished each year by state Departments of Transportation. The People’s Choice Award is given to the project with the highest number of online votes. The Eller Drive and ICTF Overpass project in Broward County, Florida, earned 65,000 of the more than 220,000 online votes cast.

Working for FDOT District 4, TYLI served as the Prime Consultant for the design phase of the Eller Drive and ICTF Overpass project, which provides a direct connection from Fort Lauderdale-Hollywood International Airport to Port Everglades, one of the busiest cruise ports in the world. The $42.5 million transportation project improves safety and traffic flow through upgraded intersections, a new overpass that allows a busy railroad line to function without impacting vehicular traffic, and other major improvements.

As the owner of the winning project, FDOT was presented with a $10,000 cash prize to be used to support a charity or transportation-related scholarship program of the agency's choosing. 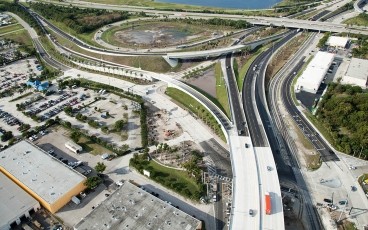