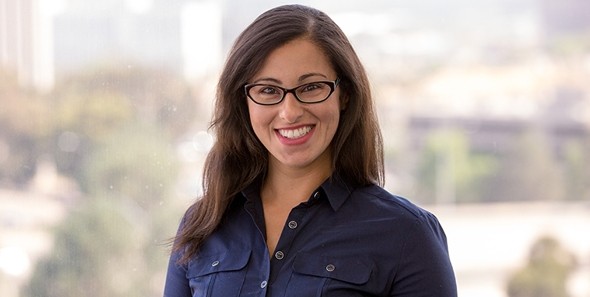 An active member of ASCE since 2008, Metwashla began her involvement while a student at the University of California, San Diego (UCSD). Her membership in the Society of Civil and Structural Engineers (SCSE), the UCSD student chapter of ASCE, led her to join the ASCE Younger Member Forum (YMF). Throughout her college career, Metwashla actively participated in ASCE-sponsored events, such as National Student Steel Bridge Competition hosted by the American Institute of Steel Construction (AISC) and ASCE. Presently, she serves as Vice President of Education for the ASCE YMF San Diego Chapter.

Metwashla joined TYLI as an Engineering Intern in May 2012 and was promoted to a full-time Bridge Designer in August 2013. Her current TYLI projects in Southern California include assisting in the design of the three-span I-215/Holland Road Bridge Overcrossing in Menifee; soundwall design for the I-5 North Coast Corridor Transparent Soundwall Design project in Carlsbad; and retaining wall design for the I-5/San Elijo Lagoon Bridge Replacement project in San Diego.

Metwashla’s past awards include being named Outstanding Younger Civil Engineer by ASCE-San Diego Section in 2014-2015 and 2015-2016. She received Bachelor of Science and Master of Science degrees in Structural Engineering from UCSD. Metwashla is also an active member of Women’s Transportation Seminar (WTS) International.