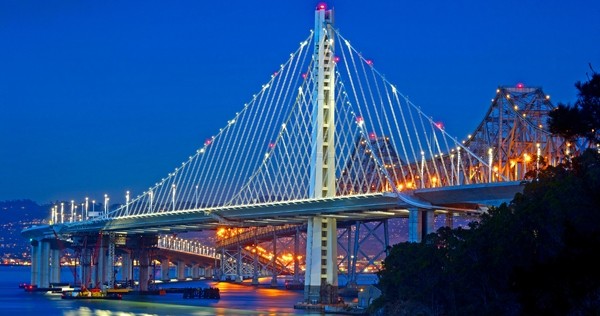 T.Y. Lin International (TYLI), a globally recognized full-service infrastructure consulting firm, announces that the San Francisco-Oakland Bay Bridge New East Span (East Span) was selected as the winner of the Grand Prize award in the American Association of State Highway and Transportation Officials’ (AASHTO) 2014 America’s Transportation Awards competition. The competition, which is co-sponsored by AAA and the U.S. Chamber of Commerce along with AASHTO, recognizes the greatest transportation projects accomplished each year by state Departments of Transportation.

A record-breaking 73 transportation projects from 36 states and the District of Columbia were nominated in this year’s competition. The East Span project took the top spot among 10 projects that had received the highest number of points in four regional competitions.

TYLI, in a joint venture with Moffatt & Nichol, was the Engineer of Record on the East Span project, working closely with project owner, the California Department of Transportation (Caltrans). Opened to traffic on September 2, 2013 and built to last 150 years, the iconic, multi-award-winning East Span is located in a high seismic zone and features state-of-the-art technologies and engineering innovations designed to protect the bridge’s structural elements during an earthquake.

As the winning project owner, Caltrans was presented with a $10,000 cash prize to be used to support a charity or transportation-related scholarship program of the agency's choosing. Caltrans designated the California Transportation Foundation as the recipient of the funds.