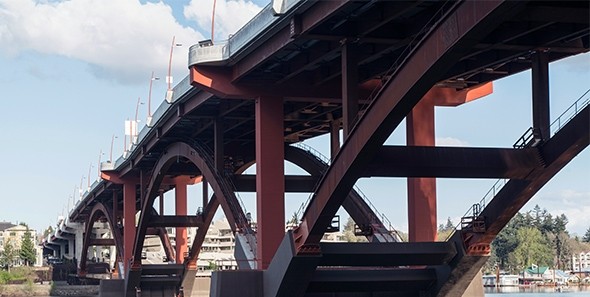 The current three-span continuous deck truss bridge will be moved 40 feet to the north of its current location and used as a detour while the new Sellwood Bridge is being built. The new bridge is expected to be open for traffic in 2015.

On December 12, 2011, the Federal government awarded the Sellwood Bridge project a TIGER Grant, adding $17.7M to the project coffers. Polly Trottenberg, U.S. Department of Transportation Undersecretary, attended the ceremony and presented the grant, in the form of a symbolic check, to Deborah Kafoury, Multnomah County Commissioner.

For more information about the project, please visit www.sellwoodbridge.org.