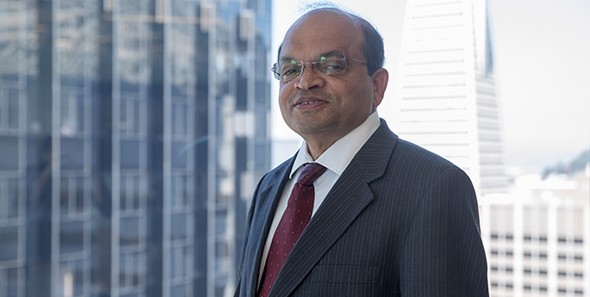 T.Y. Lin International (TYLI), a globally recognized full-service infrastructure consulting firm, announces that Bala Sivakumar, P.E., has been hired as Vice President and Bridge Line of Business Director for the East Region. Based in TYLI’s office in New York, New York, Sivakumar will oversee business development for projects involving new bridges or the rehabilitation and retrofitting of existing bridges and structures. He will also serve as a Project Manager on select bridge projects while supervising production in multiple offices and providing day-to-day technical guidance, supervision, and career mentoring to region and office engineering staff.

Sivakumar comes to TYLI with over 36 years of experience in the private sector, where he has specialized in the design and construction of a wide range of bridge structures across the United States. His past roles for professional services firms have included National Chief Engineer and National Bridge Practice leader.

Sivakumar is an expert practitioner of Accelerated Bridge Construction (ABC), and he has maximized this expertise to advance design-build (D-B) delivery. He believes that D-B provides a fertile ground for innovations such as the application of ABC technologies and incorporating the latest research developments in materials, design, and construction.

“I would like to extend a warm welcome to Bala on behalf of the entire T.Y. Lin International family. His well-established expertise in the advancement of bridge engineering technologies and practice makes him a valuable addition to our Bridge team,” said Marwan Nader, Ph.D., P.E., TYLI Senior Vice President, Technical Director - Bridge Line of Business. “As global leaders in innovative bridge design, we especially look forward to leveraging Bala’s deep experience with Accelerated Bridge Construction and design-build delivery for the benefit of our clients and the industry at large.”

Among his numerous projects, Sivakumar served as the structural design lead for the Kosciuszko Bridge Replacement Phase I D-B project in New York City, where he was responsible for the design of all approach and connector spans for eastbound replacement structures connecting Brooklyn and Queens. He was also the senior structural engineer/reviewer for the Tappan Zee Bridge (Governor Mario M. Cuomo Bridge) D-B project in New York, one of the largest single D-B contracts for a transportation project in the United States. His role included providing review comments on approach structure plans for the Rockland and Westchester approaches and directing the evaluation of the precast decks and closure pours at the approach spans for cracking issues.

Sivakumar’s ABC projects include serving as Project Manager and lead ABC design engineer for the award-winning Rapid Replacement of Twin I-84 Bridges project in Brewster, New York. The project replaced two twin bridges that were designed to allow the work on each bridge to be completed during a single weekend night using the lateral slide movement technology. He also managed the ABC design team for the SR30 Bridge over Bessemer Avenue project in Pittsburgh, Pennsylvania, an award-winning weekend superstructure replacement along a heavily traveled state route.

Named one of the top 25 Newsmakers by Engineering News-Record (ENR) in 2014, Sivakumar has made important contributions to the industry. He was the architect of the American Association of State Highway and Transportation Officials (AASHTO) Load and Resistance Factor Rating (LRFR) philosophy and primary author of the AASHTO Manual for Bridge Evaluation. He has also served as a committee/panel member or technical consultant for organizations such as the Transportation Research Board (TRB) and the American Society of Civil Engineers (ASCE).

A registered Professional Engineer in New York and New Jersey, Sivakumar received a B. Tech. in Civil Engineering from the Indian Institute of Technology in Madras, India, and a Master of Science in Structural Engineering from Cornell University in Ithaca, New York.