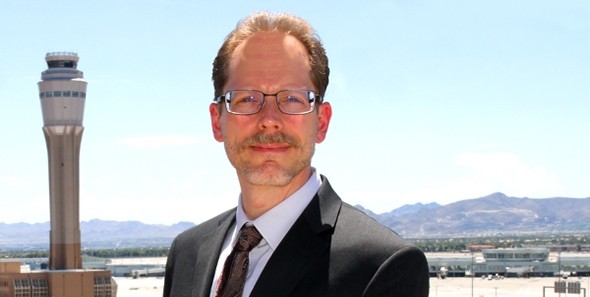 Then comes to TYLI with more than 30 years of civil engineering experience in the Las Vegas Valley, which is home to the three largest incorporated cities in Nevada. He previously spent over three decades with the Clark County Department of Aviation Construction and Engineering Division at McCarran International Airport (LAS), the main airport for the Las Vegas Valley and the eighth busiest airport in North America.

Then managed numerous projects at McCarran, taking them from early development phases through construction and close-outs. Among his projects, Then served as Project Manager for design services to extend taxiway C west from taxiway G to taxiway D, for the design and reconstruction of the 7L-25R runway and taxiways E and H, and for design services to reconstruct three holding pads from asphalt to concrete. He also oversaw all aircraft gate planning and layouts for McCarran’s 110 common-use aircraft gates.

“While at McCarran, Darren earned a well-deserved reputation as a successful, hands-on Project Manager who brought projects in on-budget and on-schedule, all while working on a variety of airport projects for multiple stakeholders,” said Richard A. Waters, P.E., TYLI Senior Vice President and Director of the firm’s Aviation Line of Business. “Darren is a perfect addition to the T.Y. Lin International team in Las Vegas.”

A registered Professional Engineer in Nevada, Then received a Bachelor of Science in Civil Engineering from the University of Nevada - Las Vegas. He is also an American Association of Airport Executives (AAAE) - Airport Certified Employee (ACE) in Airport Operations.