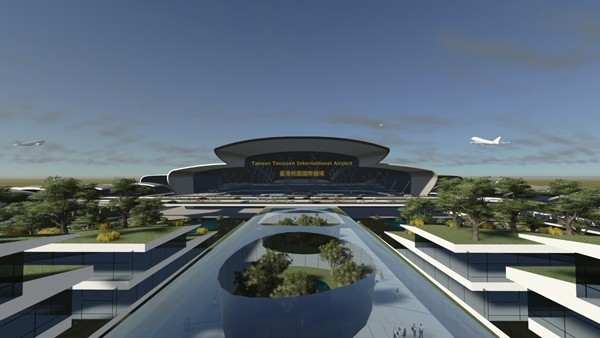 “We are proud to have been chosen by the Taoyuan International Airport Corporation as part of the joint venture charged with expanding this vitally-important airport,” said James Tai, Chairman of TYLI Taiwan. “As the company that developed Terminal 1, TYLI is honored to once again provide our expertise for the development of Terminal 3. This project will position the airport for future growth, creating a major aviation center and a vital source of increased economic growth for the region and the country.”

The NT$46.7 billion (US$1.58 billion) project, which is scheduled for completion in 2018, calls for the development of the new terminal building, concourse and aprons, as well as service roads, ground service and operations facilities, taxiway system, and new passenger access roads. It also includes connecting the new terminal with the existing Terminal 2. The 4.8 hectare (11 acre) area between the two terminals will be developed as a multifunctional facility that will accommodate the airport’s ground transportation center, parking facilities and commercial real estate, with entertainment, shopping, and conference centers. Terminal 2 and 3 will both have stations served by the regional light rail system.

The new terminal will be critical as the airport expands from its current 25 million passengers and 1.77 million tons of cargo each year to an estimated 59.8 million travelers and 4.48 million tons of cargo annually by 2030. The plan for the Terminal 3 area will also help facilitate Taiwan’s vision for the development of the Taoyuan region surrounding TTIA, which has been called the “Taoyuan Aerotropolis Project.” The region is slated for immense growth and economic development through new commercial, industrial and residential construction.