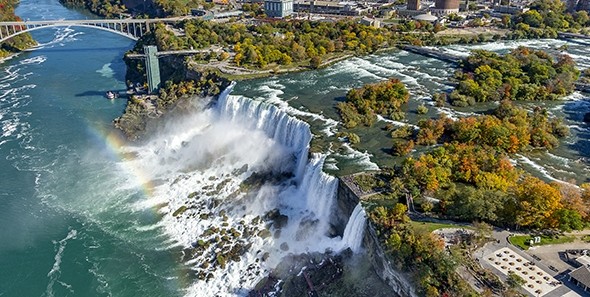 T.Y. Lin International (TYLI), a globally recognized, full-service infrastructure consulting firm, announces that the Niagara Falls State Park Transformation Initiative in Niagara Falls, New York, has won an Honor Award in the 2019 Engineering Excellence Awards (EEA) competition of the American Council of Engineering Companies (ACEC). Known as the “Academy Awards” of the engineering industry, the EEA recognize preeminent engineering achievements from throughout the world. The awards were presented at the ACEC Engineering Excellence Awards Gala on May 7, 2019, in Washington, D.C.

TYLI was retained by the New York State Office of Parks, Recreation and Historic Preservation (NYSOPRHP) for a multi-year term agreement to develop the comprehensive capital rehabilitation and improvement plan for the park. Serving as Prime Consultant and Lead Designer for the $65 million, five-year project, the firm worked closely with NYSOPRHP and landscape architect, The LA Group.

TYLI orchestrated the efforts of 13 firms for the project, which implemented a series of more than 16 full-scale, interconnected projects. Each design is consistent with Frederick Law Olmsted’s original, unimplemented plan to improve public access to the wonder of the Falls while safeguarding the natural and scenic vistas.

“T.Y. Lin International was charged with delivering a design plan for Niagara Falls State Park that maximized modern functionality while emphasizing and protecting its unique and historic natural setting. Thanks to the close partnership between our firm, the New York State Office of Parks, Recreation and Historic Preservation, and The LA Group, the nation’s oldest state park will continue to awe and inspire visitors for generations to come,” said Robert Radley, TYLI Senior Vice President and East Region Director. “We are honored that the American Council of Engineering Companies has recognized the Niagara Falls State Park Transformation Initiative as one of the year's most outstanding engineering achievements.” 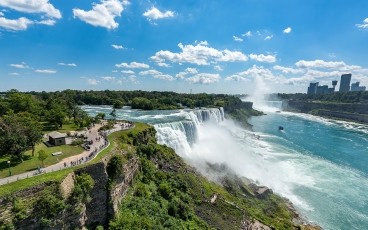