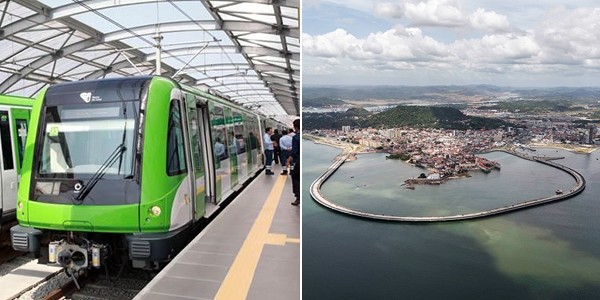 The ENR Global Best Projects Awards are dedicated to honoring the best global construction projects and the companies that designed and built them throughout the entire world. A special emphasis is placed on the diversity of global project teams and the success of their collaboration. TYLI and its project partners received the Global Best Project Awards at the ENR Global Construction Summit on September 10, 2015 in New York City.

“We are extremely pleased to be honored by ENR for our work on Lima Metro Line 1, Phase II in Peru and Cinta Costera 3 in Panama,” said Mariano Valle, P.E., Senior Vice President and Director of TYLI’s Caribbean, Latin America Division. “These important transportation projects not only represent the vitality and growth of this region, but they also demonstrate T.Y. Lin International’s dedication to providing innovative design and engineering solutions for our clients worldwide.”

The design of Lima Metro Line 1, Phase II came with significant challenges. Since Peru is located in a highly seismic area, the design of light rail system follows the AASHTO Guide Specifications for LRFD Seismic Bridge Design. This makes Lima Metro Line 1 the first rail line in Peru to be developed under this standard. A portion of the alignment was also adjacent to a liquid gas deposit, which required a risk assessment study to evaluate the effect of a potential explosion on both the guideway and nearest station.

Evacuation Studies (per NFPA 130: Standard for Fixed Guideway Transit and Passenger Rail Systems) were also performed for all stations and the guideway using computer simulations. In addition, a wheel-rail interaction study was performed to ensure the compatibility of the rail installed in the previous phase of Line 1 with the new rolling stock acquired.

Cinta Costera 3 in Panama City, Panama, is the third phase of a large coastal beltway project designed to improve traffic flow and revitalize formerly depressed areas in the City. For this design-build project, TYLI served as the Engineer of Record and lead designer for the Cinta Costera Viaduct - a 1.55-mile-long marine viaduct that consists of both a roadway bridge and pedestrian bridge. The distinctive structure encircles Panama City’s governmental district of the Casco Antiguo, home to the World Heritage Site-Archaeological Site of Panamá Viejo and Historic District of Panamá, as defined by the United Nations (UNESCO).

In bringing new vibrancy to this area of the City, Cinta Costera boldly integrates historic neighborhoods, government districts, and the coastline with roads and bridges that accommodate cars, bicycles, and pedestrians. TYLI’s design for Cinta Costera was based on facilitating such movement and fostering future community development.

The clean, low-profile alignment of the Cinta Costera Viaduct strategically avoids infringing upon the heritage site perimeter while minimizing visual impacts. The roadway bridge consists of a concrete deck roadway span supported by eight 148-foot-long post-tensioned girders, and carries a total of six lanes of traffic (three lanes in each direction).

The pedestrian bridge, which also consists of a concrete deck, is an independent bridge structure supported by two 148-foot-long post-tensioned girders. Providing one lane each for pedestrians, bicycles, and landscaping, the popular, new hotspot is detached from the roadway bridge and offers magnificent views of the colonial city and the open sea. Cinta Costera opened on schedule on April 9th, 2014. 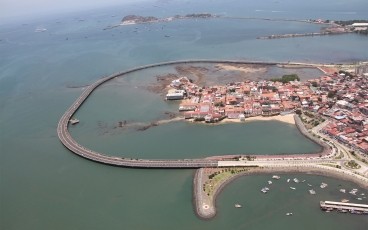 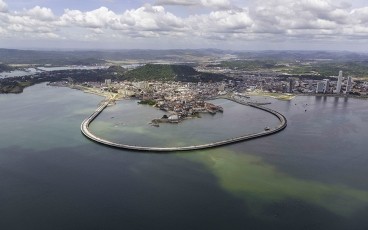