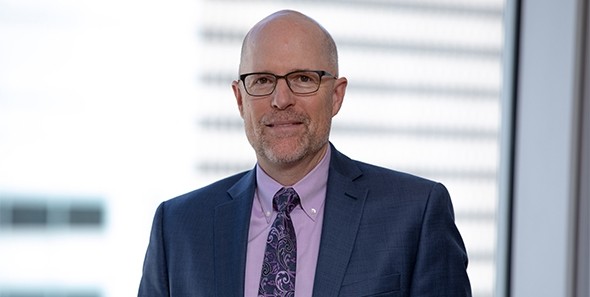 T.Y. Lin International (TYLI), a globally recognized full-service infrastructure consulting firm, announces that Clark Fernon, P.E., TYLI Vice President and Southwest District Director, has been selected for the 2020 Honorable Ray LaHood Award by the San Diego Chapter of Women’s Transportation Seminar (WTS) International. The Honorable Ray LaHood Award recognizes a man who has demonstrated his commitment to the advancement of women and minorities in the transportation industry through his leadership. Fernon accepted the award at the virtual WTS Annual Awards and Scholarship Recognition Event on September 17, 2020.

Fernon has been a long-time supporter of the WTS mission to advance women in transportation. He regularly shows his support for WTS chapters throughout Southern California through corporate sponsorships and by encouraging staff to participate in WTS events and leadership roles. His advocacy is also exemplified by the many women he has hired or promoted to key roles throughout the TYLI organization, along with the mentorship he provides to women engineers who work for him and with him.

Fernon also has a track record for promoting and facilitating diversity and inclusion. This includes his support for staff involvement in the National Society of Black Engineers (NSBE) and his role as a co-founder of Calmentor, a California Department of Transportation (Caltrans) mentorship program. Calmentor provides small and disadvantaged businesses with direct access to the knowledge and experience of larger firms to better prepare and position themselves for work with Caltrans and the San Diego Association of Governments (SANDAG). Fernon continues to serve on the Calmentor Steering Committee and as a mentor in each cycle of the program.

Since joining TYLI in 2009, Fernon has held leadership roles for significant rail and transit projects in the Southwest District. These include the California High-Speed Rail program and the Mid-Coast Light Rail Transit project for SANDAG, for which TYLI is serving as the Project Management Consultant (PMC) and Fernon is the Principal-in-Charge. The $2 billion project includes 11 miles of new double tracking, nearly half of it on elevated viaduct, with nine stations, extensive retaining walls, and other project features.