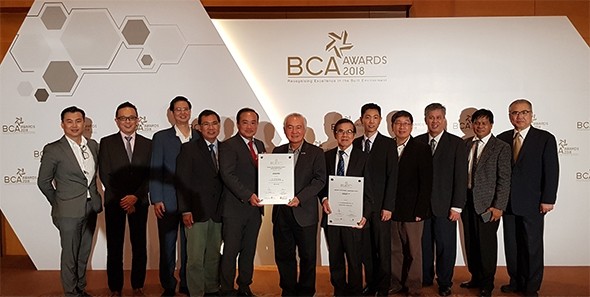 T.Y. Lin International Group, a globally recognized, full-service infrastructure consulting firm, announces that its Singapore office, T.Y. Lin International Pte. Ltd. (TYLI), has received eight BCA Awards 2018 from the Building Construction Authority (BCA) in Singapore, including the prestigious Built Environment Leadership Award – GoldPlus. The BCA Awards is an annual event to honor and pay tribute to displays of excellence in the built environment in the areas of safety, quality, sustainability, and user-friendliness.

The eight BCA Awards won by TYLI, and related projects, include:

These achievements recognize TYLI’s contributions and commitment to engineering excellence in design and application.

TYLI’s innovative practices ensure that the firm remains a pacesetter in the industry, developing creative and practical solutions for its clients. For example, TYLI adopted the Mass Engineered Timber (MET) construction method for The Wave, a new sports center for the Technical University of Nanyang. While the application of such technology is commonly used in Europe, The Wave is one of the first large-scale buildings to adopt the technology in Singapore and Asia. MET, which consists of Glulam and Cross Laminated Timber (CLT), is a game-changing technology in Singapore’s built environment. The process helps save time and costs in building construction, and it uses green timber material with a very low carbon footprint.

TYLI also implemented the use of Building Information Modeling (BIM) for Smart City. Over the past few years, the firm has invested in BIM technology by establishing an internal research and development team to explore and work with local agencies to develop an organizational BIM roadmap for the company. As one of the first to apply BIM technology, TYLI has adopted BIM and Bridge Information Modeling (BrIM) in major Singapore developments, such as the Kim Chuan Depot Expansion and the Ulu Pandan Depot Expansion, respectively.

Additionally, the awarding-winning redevelopment of Singapore’s Victoria Theatre and Concert Hall marks another breakthrough in TYLI’s design innovations. During the preservation of the highly sensitive façade of the building and the construction of a new basement structure, TYLI adopted the underpinning construction method and proposed the encasement of new columns in the existing load-bearing façade wall. The underpinning method is not commonly used in Singapore for masonry façade walls due to its complexity. However, to facilitate the construction of a new basement structure under the existing footings of the conserved façade wall, part of the affected theatre façade wall was successfully underpinned. 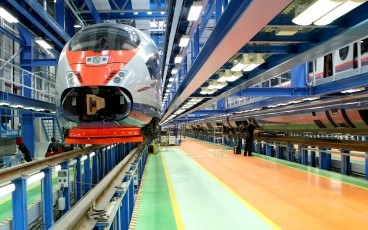 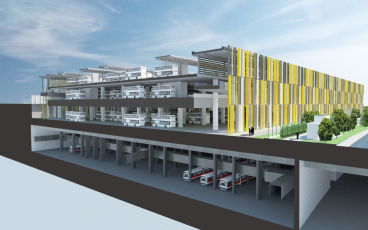 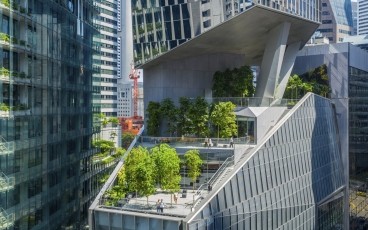