The CTF Transportation Awards recognize excellence in California transportation in 2021, including all modes, public and private sectors, and from all regions of the state.

The project included over six miles of on-grade alignment and more than four miles of elevated guideway. The extension runs from the Old Town Transit Center north along the I-5 corridor, through the University of California, San Diego campus, and ends near a regional shopping center and major employment area in San Diego’s University City community.

“On behalf of the TYLin project team, I want to congratulate the San Diego Association of Governments, the California Department of Transportation District 11, San Diego MTS, and our project partners for winning this prestigious award from the California Transportation Foundation,” said Sierra McKeever, TYLin Project Controls Manager. “The Mid-Coast Trolley extension improves public transit services and offers San Diego residents and visitors an effective, more convenient alternative to navigating congested freeways and roadways. We are proud to have played an important role on this project.” 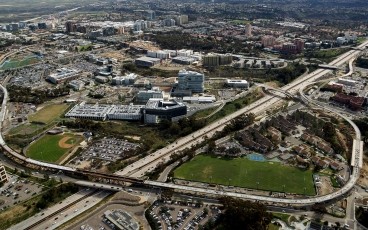