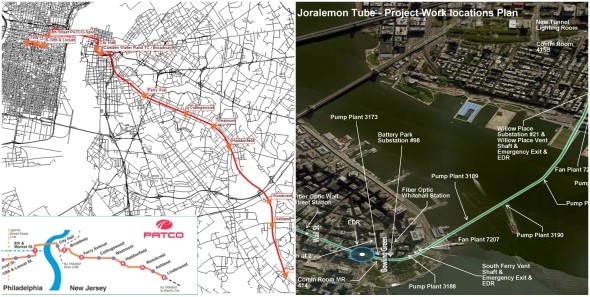 T.Y. Lin International (TYLI), a globally recognized full-service infrastructure consulting firm, announces that two TYLI projects have won awards in the American Council of Engineering Companies New York (ACEC NY) 2019 Engineering Excellence Awards (EEA) competition. The Construction Management for the Rehabilitation of the Cranberry and Joralemon Tubes project in New York, New York, was selected for a Platinum Award in the category of Special Projects. The Federal Highway Administration (FHWA) SHRP2 C11 Reliability Tool Testing Technical Assistance project in Philadelphia, Pennsylvania, won a Silver Award in the category of Studies, Research and Consulting Engineering Services. Entries to the ACEC NY EEA program are judged using a rigorous set of criteria, which includes complexity, innovation, and value to society. The awards will be presented at an ACEC NY black-tie gala on Saturday, April 13, 2019, in the Ballroom of the Hilton Midtown in New York City.

TYLI, in a joint venture with Hatch Mott MacDonald (TYLI | HMM JV), led a Consultant Construction Management team for a complete Rehabilitation of the Cranberry and Joralemon Tubes for New York City Transit (NYCT). As Prime Consultant, the team provided project oversight, project management, resident engineers, office engineers, inspectors, and Safety and Quality Officers. The Cranberry and Joralemon Tubes connect the boroughs of Manhattan and Brooklyn under the East River and serve the A/C and 4/5 subway lines. These vital transit tunnels were damaged by the tidal surge during Superstorm Sandy. The structures were also in need of resiliency measures to prevent damage from future storms. The projects addressed approximately 15,000 linear feet of tunnel and over a dozen ancillary structures, with work conducted by two general contractors and numerous subcontractors.

Scope of work included the replacement of conduit and cables for traction power, communications, signals, tunnel lighting, and the pumps that drain the tunnels, as well as the rehabilitation of piping systems to sewers at street level. Equipment was restored and resiliency measures installed at fan plants, circuit breaker houses, electrical substations, and pump houses. Along with extensive repairs to duct banks along the tracks, fiber optic lines were replaced, and spall repairs were made to concrete tunnel liners and roofs. The team also replaced fire standpipes and all major electrical lines and equipment, including traction power components.

One case study was for the Proposed Highway Shoulder Running (HSR) project along the Schuylkill Expressway (I-76) corridor, which runs from southwestern Montgomery County to the City of Philadelphia. I-76 is considered the most congested and unreliable corridor in the region. The long-range plan calls for HSR treatments to help alleviate some of the adverse effects of the corridor’s volume at peak periods. Two sections of I-76 were used for the tool testing purpose.

The second case study was for Port Authority Transit Corporation’s (PATCO) Speedline, a commuter rail line that connects New Jersey communities with Center City Philadelphia. By taking cars off the road, PATCO alleviates congestion and traffic incidents on many corridors and bridge crossings with a similar traffic flow. The C11 Reliability tool was used for this case study to better understand the applicability of the tool for transit analysis.

Project scope included reviewing C11 WEB tool documentation, with specific attention paid to the reliability tool and accounting-framework tool. This included assessing the tool’s effectiveness for describing economic impacts related to reliability. Based on the case studies, TYLI summarized how the outputs did or did not correspond to outputs from the Transportation Economic Development Impact System (TREDIS).

TYLI’s results went beyond the project requirements established by DVRPC and FHWA by disaggregating the input data and analysis time periods. This allowed the peak travel profile to closely match the observed profile, significantly improving the accuracy of the results. Moving forward, the project will help further improve the performance of the tool so that it can be applied to a wider variety of project types, and provide more accurate outputs related to wider economic benefits for decision-making purposes. The project was delivered on budget and on schedule. 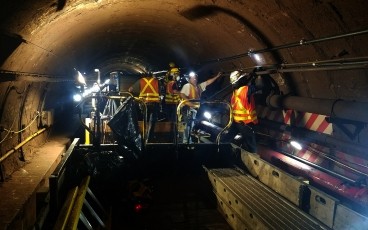