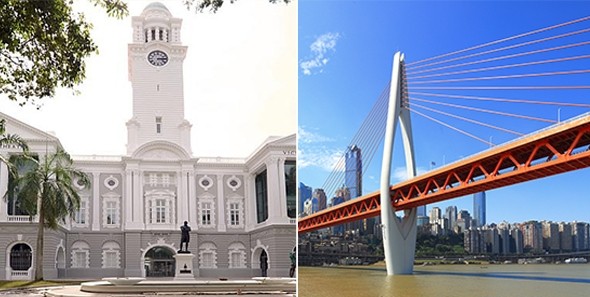 T.Y. Lin International Group (TYLI), a globally recognized full-service infrastructure consulting firm, announces that two of the firm’s projects have been named to the highly-prized shortlist of The Structural Awards 2015 of The Institution of Structural Engineers (IStructE). The Restoration of the Victoria Theatre and Concert Hall, Singapore’s oldest performing arts venue, is on the shortlist for the Structural Heritage category. The new Qianximen Jialing River Bridge, one of the Twin River Bridges in Chongqing, China, has made the shortlist for the Highway or Railway Bridge Structures category.

About the Victoria Theatre and Concert Hall Project, Singapore

Dating back to 1862, the Victoria Theatre and Concert Hall is located in the civic district of Singapore and spans over 14,025 square meters. TYLI’s Singapore office, T.Y. Lin International Pte. Ltd., was responsible for all Civil & Structural (C&S) and Mechanical & Electrical (M&E) design services for the project owner, the National Arts Council. The TYLI team developed a comprehensive preservation plan to upgrade the facilities to present-day standards, successfully introducing modern technology and equipment in spite of tight space constraints.

Judges from The Structural Awards 2015 called the restoration project a “bold structural undertaking,” and noted that “the structural work was carried out with sensitivity and great care for the historical features, further enhancing the building.”

One of Chongqing’s “Twin River Bridges,” the 880-meters-long, dual-deck Qianximen Bridge, designed by TYLI’s China operations group, crosses the Jialing River and carries both light rail and vehicular traffic. The partially cable-supported girder bridge design offers a transparent bridge configuration that is both aesthetically pleasing and economical due to its structural efficiency. TYLI designed the structure to feature a single tower shaped like the shuttle of an ancient Chinese weaving machine, innovatively blending Chongqing’s rich history and culture with modern-day bridge design technologies.

Judges from The Structural Awards 2015 noted that “designing a long span structure that serves both highway and transit systems brings significant complexity,” and that they were “impressed with the way these challenges had been overcome in creating a cost effective and visually impactful structure.” 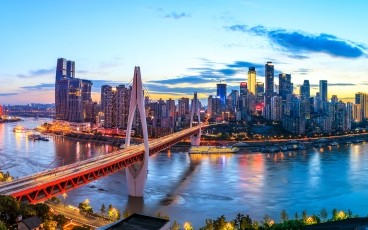