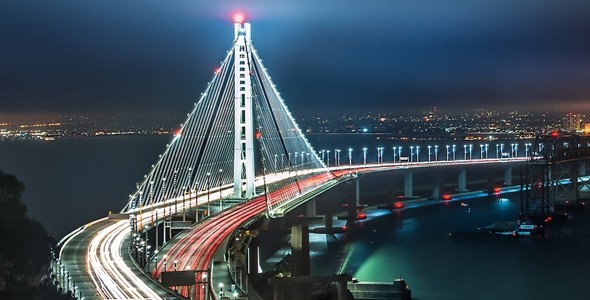 For the East Span project, TYLI, in a joint venture with Moffatt & Nichol, led the design of the seismically-resilient landmark bridge, which is the longest single-tower Self-Anchored Suspension Span (SAS) in the world at 2,047 feet and the world’s widest bridge at 258.33 feet. One of the busiest toll crossings in the United States (U.S.), the East Span opened to traffic on September 2, 2013. The East Span project, which was led by the California Department of Transportation (Caltrans), working in conjunction with the State’s Metropolitan Transportation Commission and the California Transportation Commission, represents the largest public works project in State of California history.

“We are deeply honored to have received the American Council of Engineering Companies’ Grand Conceptor Award for the San Francisco-Oakland Bay Bridge New East Span, as well as a National Recognition Award for the I-57/I-294 Interchange Project Phase One,” said Alvaro J. Piedrahita, TYLI President and Chief Executive Officer. “It has been a privilege for T.Y. Lin International to have worked on such immense and important infrastructure projects with distinguished project partners like the California Department of Transportation, California’s Metropolitan Transportation Commission, the California Transportation Commission, the Illinois Department of Transportation, and the Illinois State Toll Highway Authority.”

The 2.2-mile-long East Span, which has won 15 leading industry awards to date, comprises four seamless and interrelated elements: the signature, single-tower SAS; the 1.2-mile-long Skyway, which sweeps up from the Oakland shoreline to connect with the SAS; the Oakland Touchdown linking the Skyway to California’s Interstate 80; and the Yerba Buena Island Transition Structure, which connects the parallel roadways of the SAS to the over-under configuration of the Yerba Buena Island Tunnel. TYLI’s design of the replacement bridge had to meet Caltrans’ stringent seismic criteria, including a 150-year design life and the ability to open to emergency vehicles shortly after the largest anticipated earthquake.

Bridge design innovations include seismic energy-absorbing shear link beams in the 525-foot-tall SAS tower, a first for the industry. Due to challenging geological conditions, the single, 4,550-foot-long looped suspension cable anchors in the superstructure itself rather than in the ground at either end. Deck sections of the East Span are connected by hinge pipe beams that absorb the energy of an earthquake and minimize damage to the expansion joints. In addition, battered pile technology was utilized for driving foundation piles up to 300 feet down into the stiff soils of the San Francisco Bay.

About the I-294/I-57 Interchange Project Phase One

Prior to October 2014, I-294 at I-57 in northern Illinois was one of two locations in the U.S. where two interstates met without connecting. In a joint-effort, TYLI worked with the Illinois Department of Transportation and Illinois State Toll Highway Authority to create an interchange between these two busy roadways. The project included construction of new ramps, raising the level of earth embankment, drainage culvert extension, creek re-alignment, erosion and sediment control, shoulder removal and replacement, median improvements, and pavement and bridge construction. This massive undertaking created thousands of jobs and will result in significant savings in travel time, energy costs, and fuel emissions.

About the American Council of Engineering Companies

The American Council of Engineering Companies (ACEC) is the business association of America’s engineering industry, representing more than 5,000 independent engineering firms and more than 500,000 professionals throughout the U.S. engaged in the development of America’s transportation, water and energy infrastructure, along with environmental, industrial and other public and private facilities. Founded in 1909, ACEC is a national federation of 51 state and regional organizations. 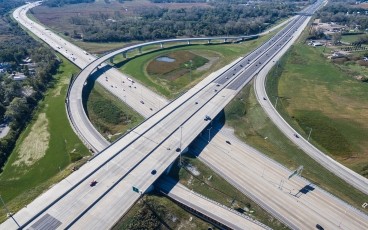